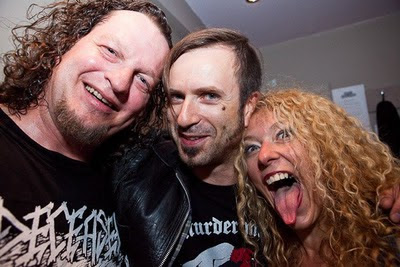 (Snake, the LOUD PIXELS guy who filmed the LONDON Show and ME) 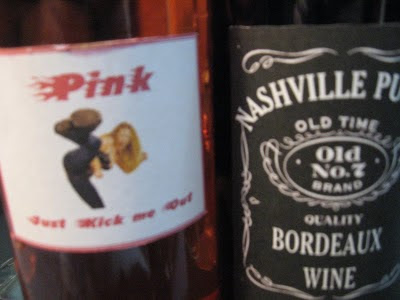 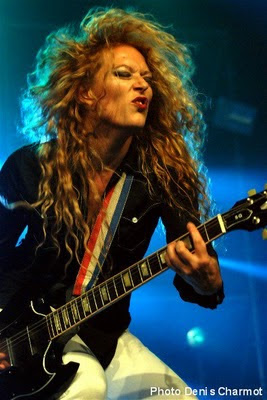 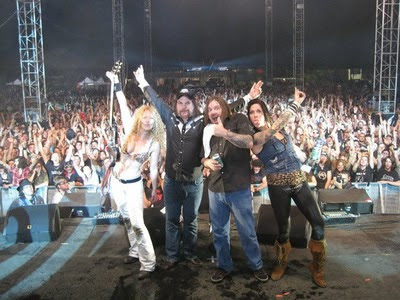 Hey Y'all! What A Helluva Fucking Tour. Short but oh so sweet. My Brain is still swirling with all the fun we had. NASHVILLE PUSSY was crammed in a styling double decker bus with VOIVOD. We started the tour just outside of Geneva Switzerland at the Guitare En Scene Festival in St. Julen France. We made the sun set with our music. Then once it was good and dark, Motorhead played. Our hotel was full of all the guests of the 3 day festival so we got to hang out with Bernie Marsden from Whitesnake who had enough stories to entertain us for the two days we lounged at the pool. I got to meet Al Dimeloa!!! WOW- last time I saw him play was when I was 14 and he played with John McLaughlin and Paco de Lucia. Steve Morse opened up on accoustic. It was a guitar Geeks dream as was this festival. Johnny Gallagher and Joe Bonamassa headlined the first night Some cool photos here http://www.guitare-en-scene.com/ oh, and Chris the Wine guy turned up with more of his fabulous wine from our Vineyard in Bordeaux. 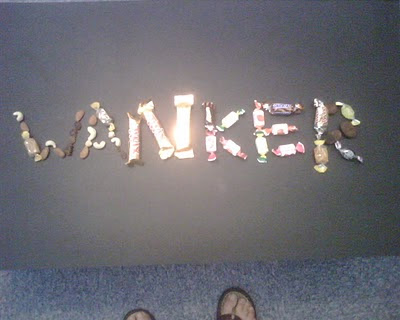 Above is a picture of what I did with Phil Campbell's rider.

Blaine and spent some time in Nijmegen, The Netherlands- where my boobs and hair come from.. 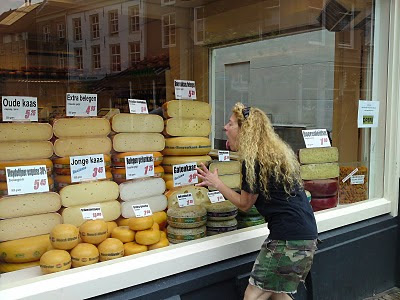 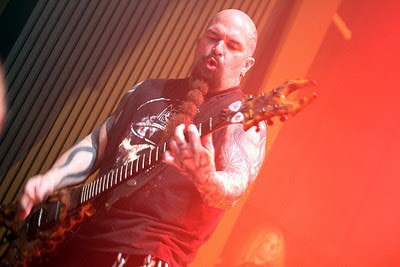 We met up with the VOIVODS in the UK. I swear this tour was designed for my own personal enjoyment. I was totally in love with these guys in high school so this was a dream come true getting to watch them every night then drink whiskey with them all night long on the bus, glorious. 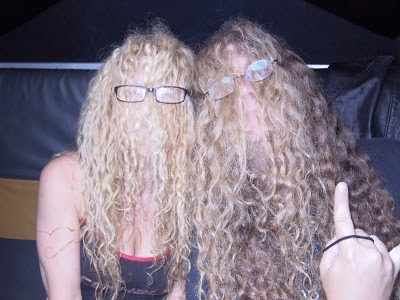 Dan (Chewie) and I share the same mother..Dee Snider
It was Snake's birthday on the first day so we celebrated every night, just to make sure. By the time we got to London I finally got up the nerve to sing the high part on Astronomy Dominae and did it again the next day in Holland as well. 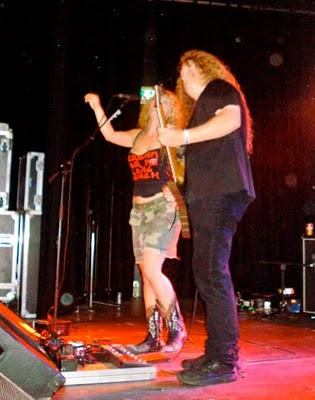 I've wanted to do that ever since I first heard their version. http://sonicshocks.com/VOIVOD-and-NASHVILLE-PUSSY-live.php We played the BULLDOG BASH in Stratford On Avon - yes indeed- the home of the Great Willie the Shake AND about 20,000 Bikers- needless to say they flew a few flags... 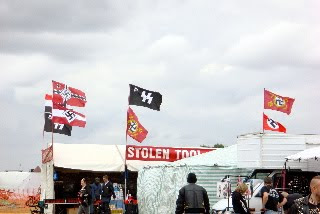 We took the beautiful ferry ride from Dover to Calais - here's Me and Anika (VoivodTM) and Away and Snake topside. 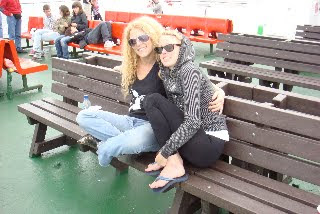 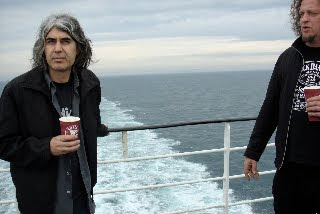 OK - here's a joke 3 Americans, 2 Canucks, 4 Quebequois, One Brit, One Scottsman and a Dutch girl all get into a beautiful tour bus - and here's the punchline.... instant hillbilly bus!

THIS MESS IS A PLACE 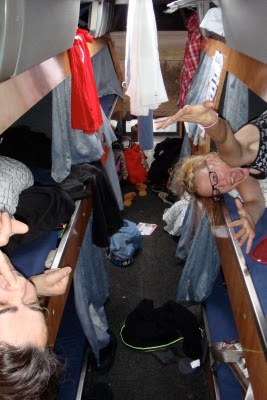 The final show we headlined was the Rock Den Lukas fest in Darmstedt, Germany- what a great night- Sad though because we had already said goodbye to the VOIVODS the night before and that was the night I had to kiss Blaine goodbye long enough to last until OCTOBER 5TH! Nashville Pussy flew home but Blaine stayed behind to get prepared for the big and Final - NINE POUND HAMMER TOUR!! 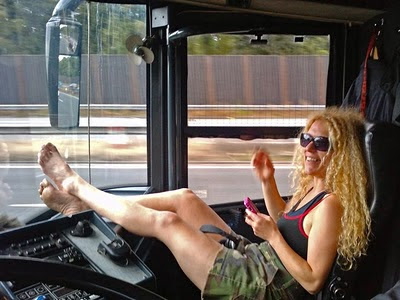 Here's my favourite place on the bus - Riding With The Driver - good Motorhead song too.. Thanks GONDOR! Our awesome driver.

I am very proud to announce the new NINE POUND HAMMER album is finally for finished and sale. It kicks ASS! -until the actual record deal is finished the only place to get it is right here! We have a Limited Edition Promotional pressing that is for sale internationally by preorder right now right here http://www.nashvillepussy.com/discography?id=1736. Unofficial shipping date is the 25th of August if all goes well with the pressing plant. but we might be able to get them out to you even faster- ORDER YOURS TODAY!! (here's a little Nashville Pussy secret.. 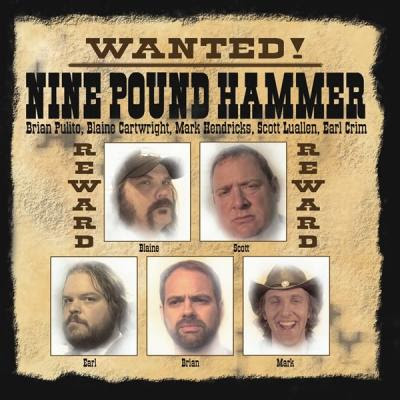 Not only are almost all the Hammer Songs written by Blaine, I managed to sneak some kinda performance onto almost all tracks..) All HAMMER/ PUSSY/ Blaine & Ruyter Fans need this disc. The new CD will also be for sale at the NINE POUND HAMMER EUROPEAN TOUR starting next week. The dates are here http://www.teenageheadmusic.com/ 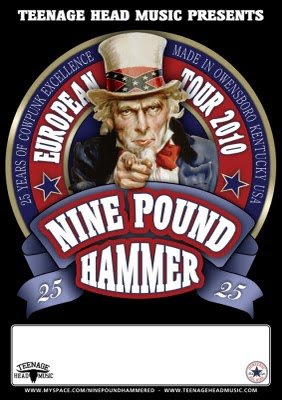